The Château Laurier is a grand hotel with 429 guest rooms in downtown Ottawa, Canada, located near the intersection of Rideau Street and Sussex Drive and designed in the French Gothic Châteauesque style to complement the adjacent Parliament buildings.

This historic landmark plays host to royalty, heads of state, political figures, celebrities and members of Canada’s elite. R.B. Bennett lived in a suite during his term as Canadian prime minister, from 1930 to 1935.

In addition to guests, the Château Laurier served as the home of two important Ottawa institutions. From 1924 to 2004, the seventh and eight floors were dedicated to the Canadian Broadcasting Corporation’s local radio stations. Yousuf Karsh, one of the world’s most renowned portrait photographers, maintained his studio and residence at the Château Laurier for many years. 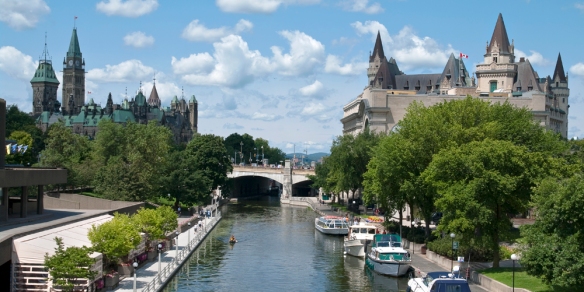 The hotel is just metres away from some of the capital’s most important landmarks including Parliament Hill, the Rideau Canal, the National Gallery of Canada, the Byward Market, the National War Memorial, the U.S. Embassy, and the Rideau Centre. Given its proximity to these buildings and the fact that it has served as a home and meeting place for many notable political figures over the years, the hotel has often been referred to as “the third chamber of Parliament”. 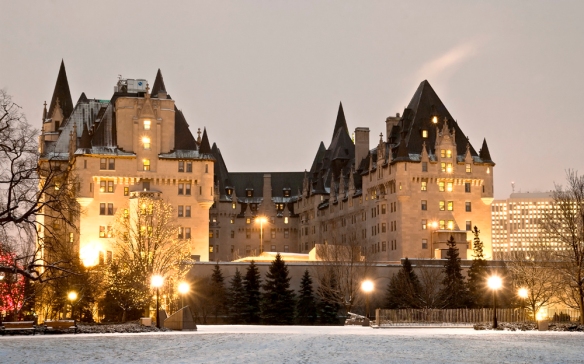 It was the inspiration for the “Hotel du Canada” at the Canada (Epcot) pavilion in Orlando, Florida. In 2000, the Royal Architectural Institute of Canada chose the building as one of the top 500 buildings produced in Canada during the last millennium.

The Château Laurier Hotel is said to be haunted, with numerous guests reporting
to have seen the ghost of Charles Melville Hays and experiencing paranormal
activities. Stories of the haunting began when Charles Melville Hays died on his
return voyage on the RMS Titanic from Europe 12 days before the hotel’s opening. Stories suggest that Hays’ ghost rests within the hotel due to its significant importance to his life, and the fact that he never witnessed the grand opening.

Guests have also reported seeing the ghost of a small child, and have experienced the
feeling of “being watched” the moment they enter the hotel. Other guests have reported eerie sounds and unexplained shaking. In 1978, my wife and I stayed in the Château Laurier Hotel on our wedding night and it was incredible. I must admit that we didn’t feel a ghost presence at all; and we’re still together today. 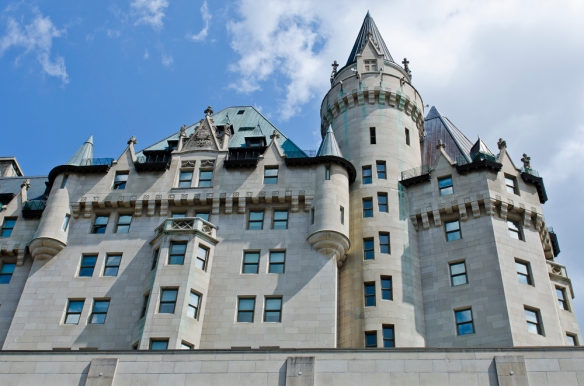 The visuals in this essay are from my collections represented here by mostphotos.com. Images start at $12 and are available for immediate download. Extended and multi-user licensing are an option. I invite you to see the photo blog and get to know the image styles.

I hope you’ve enjoyed visiting the Fairmont Château Laurier hotel. Thank you and have a great day!