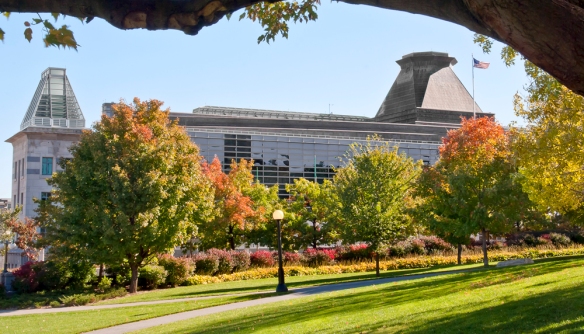 The United States has had an official diplomatic presence in Canada since 1827. The building consolidates more than 10 Embassy-related offices and houses more than 200 people. 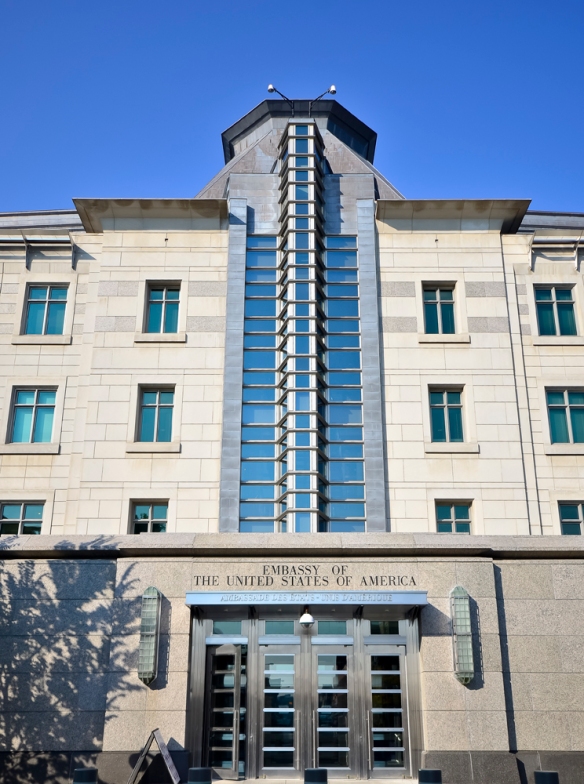 Reflecting the close relationship of friendly neighbors, the United States Embassy was completed in 1999, to harmonize with Ottawa’s urban design contexts on the embassy’s four sides: the Byward Market to the East; the Peacekeeping Monument and National Gallery to the North; the Federal district and Major’s Hill Park to the west; and the York Steps to the south. The embassy’s interior, showcasing the art of 59 artists from the United States, is organized as two bars of office space, joined by an atrium in the center. 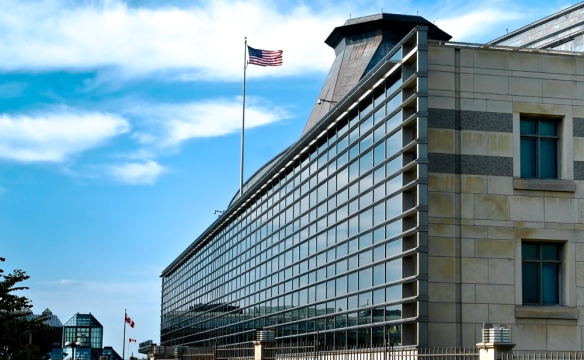 David Childs (born 1941 Princeton, New Jersey) is a consulting design partner with the architectural firm Skidmore, Owings and Merrill. He is best known for his controversial redesign of the new One World Trade Center in New York. Childs graduated from Yale University in 1963 and earned a master’s degree from the Yale School of Art and Architecture in 1967.

About David Childs’ Embassy in Canada:

Local architects and citizens complained that the structure overshadowed the historic market and suggested that it looked like a battleship, or worried about the danger posed to local businesses by potential terrorist attacks against the embassy. These complaints were aggravated after the September 11 attacks, when a number of roads around the embassy were blocked, affecting traffic and hurting businesses. To this day traffic flow on Sussex Drive has been hampered by the closing of one of the lanes in order to place extra barriers.

On October 23, 2017, Kelly Night Craft was appointed US Ambassador to Canada. She is the first woman to assume this office. To find out more, visit Wikipedia below:

The pictures in this article can be obtained by visiting the Portfolio on mostphotos.com.  I invite you to also see the Canadian Parliament photo collection. Images start at $12 and are available for immediate download. Files are professionally produced and ready for publishing online or in print. I hope you’ve enjoyed touring the US Embassy, thank you and have a great evening!